Evasion charts or escape maps are maps made for servicemembers, and intended to be used when caught behind enemy lines to assist in performing escape and evasion. Such documents were secreted to prisoners of war by various means to aid in escape attempts.

During World War II, these clandestine maps were used by many American, British, and allied servicemen to escape from behind enemy lines. Special material was used for this purpose, due to the need for a material that would be hardier than paper, and would not tear or dissolve in water.[1]

Evasion charts produced for the US, UK, and NATO were printed on vinyl sheet in the 1960s. Modern evasion charts are made of Tyvek 'paper', which permit printing of minute detail while remaining waterproof and tear-resistant.[2]

During World War I Australians produced an escape map for use in July 1918 by prisoners in the German Holzminden POW Camp, sections of map were sewn into the clothing of prisoners who escaped via a tunnel to Allied territory."[3]

Some American intelligence offices visited the UK in 1942 to be briefed on the British efforts in "escape and evasion" techniques and equipment. The British MI9 gave the Americans a book or manual, called, "Per Ardua Libertas", to take back to the US. Published in this manual were examples of each cloth escape and tissue escape map that the British had produced. "After this meeting with the British, the United States began to produce its own escape maps."[4] Most of the American maps supplied by the Army Map Service from World War II were actually printed on rayon acetate materials, and not silk.[5] However, because of the silky texture of the materials, they were referred to by the more familiar textile name.

"During WWII hundreds of thousands of maps were produced by the British on thin cloth and tissue paper. The idea was that a serviceman captured or shot down behind enemy lines should have a map to help him find his way to safety if he escaped or, better still, evade capture in the first place."[6] Many of these maps were also used in clandestine wartime activities.

The cloth maps were sometimes hidden in special editions of the Monopoly board game sets sent to the prisoners of war camps. The marked game sets also included foreign currency (French and German, for example), compasses and other items needed for escaping Allied prisoners of war.[1] Escape maps were also printed on playing cards distributed to Prisoners of War which could be soaked and peeled apart revealing the escape map.[7] Other maps were hidden inside spools of cotton thread in sewing kits. "Due to the inherent strength and extremely compact nature of the MI9 mulberry leaf tissue maps, they could be wound into twine and then rolled into the core of cotton reels..."[8] 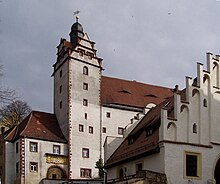 Many of the maps of the Pacific region were printed by the US Army Map Service, while the UK was responsible for many of the European Theatre maps.

Many of the US Navy charts were folded in envelopes and distributed to the air crews before a mission, and to be turned in when the mission was successfully completed. They were called "drift charts" by the Navy, "...since their prime purpose was to indicate to aircrews survivors in their life rafts in which direction the ocean currents and prevailing winds would cause their rafts to drift...".[9]

The maps were quite effective. Some 35,000 Allied troops in all escaped from enemy territory during WW-II, and it is estimated that almost half of them used variations on these maps to help in their escape or evasion of capture.[6]

New US evasion charts were also printed for the US Air Force after the war on synthetic fabric from 1947 to 1951. There are nineteen sheets printed in this series. Each sheet has a graphic in the lower right-hand corner showing where the sheet lies. Each sheet is identified by a "CL" followed by a two to three digit number. Map coverage in this series starts at the North pole and covers down to the equator. The 19th sheet is at 1:500,000 scale and covers both North and South Korea.[10]

The post WW-II charts were superseded by evasion charts printed on vinyl plastic sheet and included multiple declination corrected compass roses and a star chart for finding Polaris for navigation at night.[11] These were issued during the American conflict with Vietnam, but the print was subject to wear and the plastic was prone to stress cracking at folds and corners when carried on flying days for several months as USAF Captain Roger Locher noted when using one during his record 23-day evasion and rescue near Hanoi after his F-4 Phantom fighter jet was shot down. He also suggested a more detailed 1:50,000 map would have been more useful to him as a combat evader on the ground than the 1:250:000 evasion chart, Locher recommended two evasion charts could be overlapped to protect a downed airman from rain if worn "like an armidillo".[12] Locher's evasion experience, the longest for an uncaptured American pilot since WW-II deep in enemy territory, would guide USAF survival training and future design of evasion charts.

Current USAF evasion charts, introduced immediately before Operation Desert Storm, and also issued to many allied air forces, are printed on spunbond olefin fiber polymer sheet and are waterproof and extremely strong. They include survival navigation instructions using the US lensatic compass and basic celestial orientation for use when lacking a compass or GPS, use of the survival radio, edible and dangerous plants, fish, and animals found in the map area, sea current flow rates, first aid instructions, and other localized survival tips. The maps are camouflage patterned and can be used as a blanket, sun cover, splint, food or water carrier, and wound cover in addition to assisting in navigation, they are large enough to even use as a sleeping wrap.[13] USAF Captain Scott O'Grady, brought down by hostile fire over Bosnia in 1996, later wrote “When I was finally settled in, I pulled my evasion chart from my G-suit pocket and began to plot the longitude and latitude coordinates I’d gotten from my GPS receiver last night… [It] showed all the hills valleys, rivers, and land features around me. On the legend was other helpful information about local vegetation and animals”. Captain O'Grady found the chart so large that he cut out his evasion area to make it more usable.[2][14]