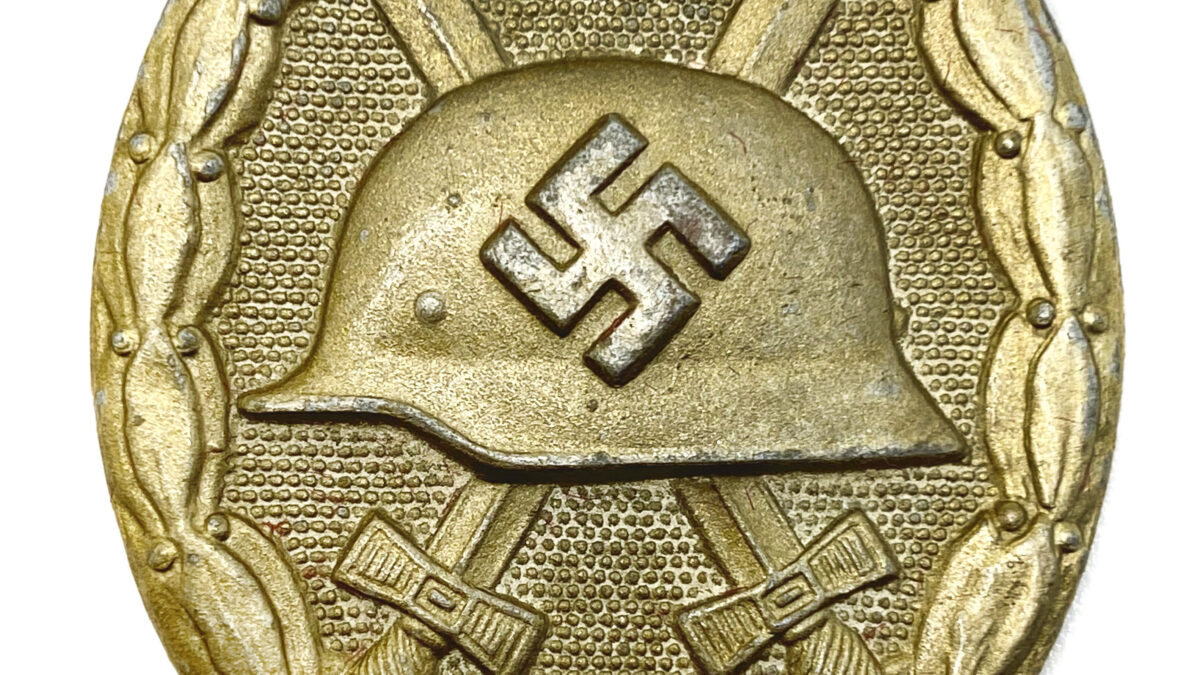 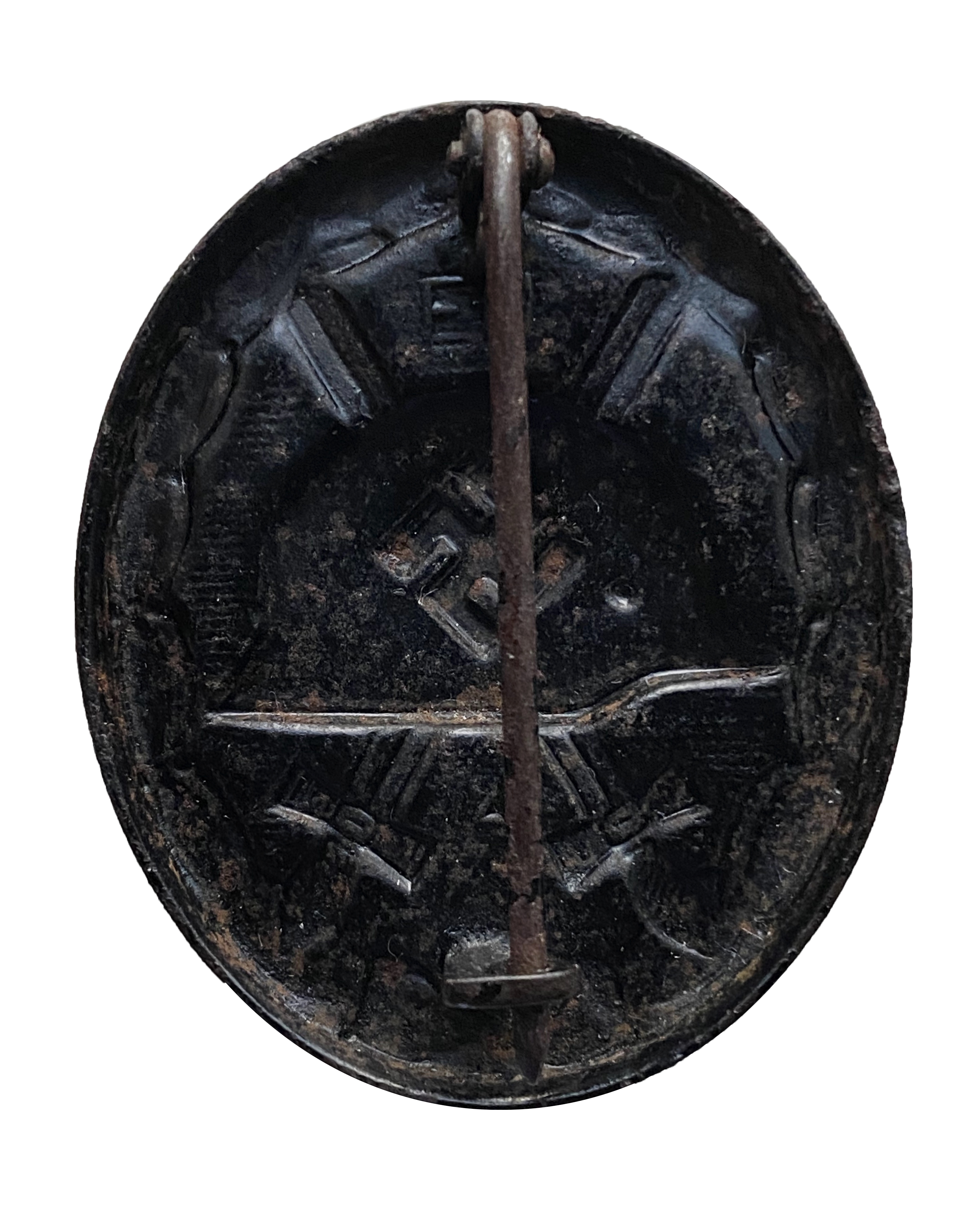 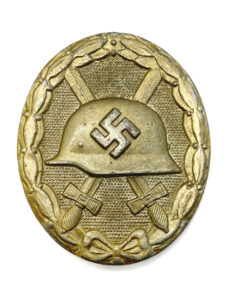 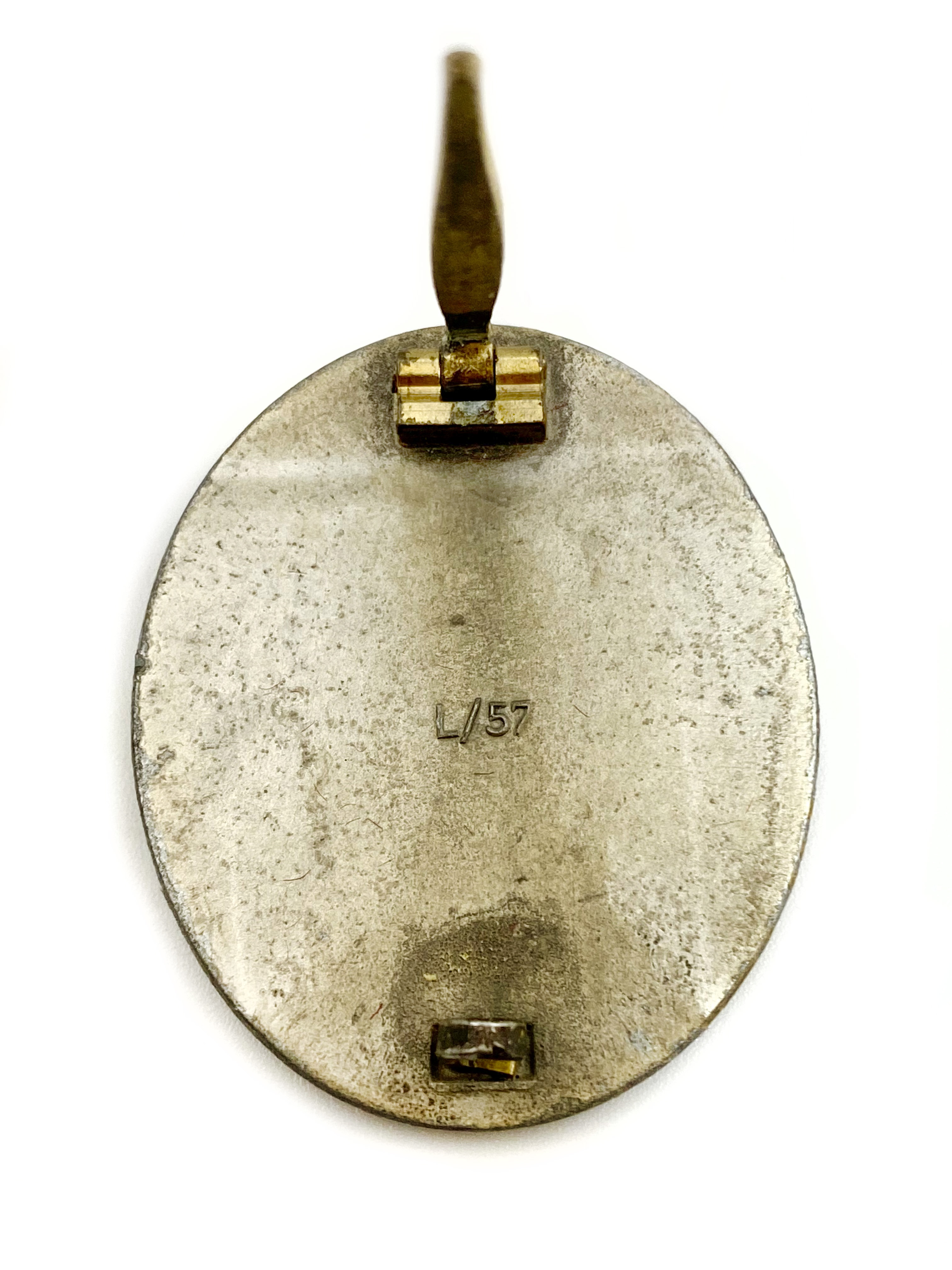 The Wound Badge (German: Verwundetenabzeichen) was a German military decoration first promulgated by Wilhelm II, German Emperor on 3 March 1918, which was first awarded to soldiers of the German Army who were wounded during World War I. Between the world wars, it was awarded to members of the German armed forces who fought on the Nationalist side of the Spanish Civil War, 1938–39, and received combat related wounds.[1] It was awarded to members in the Reichswehr, the Wehrmacht, SS and the auxiliary service organizations during World War II. After March 1943, due to the increasing number of Allied bombings, it was also awarded to civilians wounded in air raids.[2] It was awarded when the wound was the result of enemy hostile action.[2] In 1957, the West German government authorized a denazified[3] (Swastika removed) version of the basic (black, silver, & gold) badges for wear on the Bundeswehr uniform, among other certain Nazi-era wartime awards.[4]

The badge had three classes:

The "progression" could be waived in the event of loss of a limb or eyesight; when such a severe wound occurred, the silver badge was awarded.[2]

The 20 July version of the Badge shown in black, silver and gold

The 20 July 1944 Wound Badge was only issued to those injured during the failed attempt on Adolf Hitler's life at the Wolf's Lair headquarters in Rastenburg, East Prussia. Twenty-four men were present when the bomb detonated; one officer was killed and three succumbed to their wounds a short time later. Thereafter, Hitler ordered a special wound badge be awarded commemorating the event, as he believed "fate had intervened" for him.[9]

Hitler presented the survivors with the special wound badge as well as a unique award document. The first were awarded in a ceremony on 20 August 1944.[13] The four posthumous awards were sent to the recipients' wives.[14] Although Hitler had been injured in the bombing, he did not give one of these badges to himself. Hitler had earned his own Wound Badge (in black) in World War I on 18 May 1918.[15]

The badge replaced the basic 1939 Wound Badge on those persons who were presented the 20 July Badge. It is important to note that this badge was more a personal gift from Hitler to those involved, and was intended to be a one-off souvenir of the event.[16] Recipients of the 20 July wound badge could have their 20 July wound badges upgraded if they earned higher grades of the Wound Badge. Konteradmiral Hans-Erich Voss eventually had the 20 July Wound Badge in all three grades, earning it in black on 20 July 1944, and having it upgraded twice for subsequent wounds.[12]