The name Zweibrücken means 'two bridges'; older forms of the name include Middle High German Zweinbrücken, Latin Geminus Pons and Bipontum, and French Deux-Ponts, all with the same meaning.[3]

The town was the capital of the former Imperial State of Palatine Zweibrücken owned by the House of Wittelsbach. The ducal castle is now occupied by the high court of the Palatinate (Oberlandesgericht).[3] There is a fine Gothic Protestant church, Alexander's church, founded in 1493 and rebuilt in 1955.

From the end of the 12th century, Zweibrücken was the seat of the County of Zweibrücken, the counts being descended from Henry I, youngest son of Simon I, Count of Saarbrücken (d. 1182). The line became extinct on the death of Count Eberhard II (1394), who in 1385 had sold half his territory to the Count Palatine of the Rhine, and held the other half as his feudal domain. Louis (d. 1489), son of Stephen, founded the line of the House of Palatinate-Zweibrücken.[3] In 1533, Wolfgang, Count Palatine of Zweibrücken converted Palatine Zweibrücken to the new Protestant faith. In 1559, Wolfgang founded the earliest grammar school in the town (Herzog-Wolfgang-Gymnasium), which lasted until 1987.

When Charles X Gustav, the son of John Casimir, Count Palatine of Kleeburg, succeeded his cousin, Queen Christina of Sweden, on the Swedish throne, Palatinate-Zweibrücken was in personal union with Sweden, a situation that lasted until 1718.

Starting in 1680, Louis XIV's Chambers of Reunion awarded Zweibruecken and other localities to France, but under the 1697 Treaty of Rijswijk, "The Duchy of Zweibruecken was restored to the King of Sweden, as Count Palatine of the Rhine."[4]

In 1731, Palatinate-Zweibrücken passed to the Palatinate-Birkenfeld-Zweibrücken branch of the counts palatine, from where it came under the sway of Bavaria in 1799. It was occupied by France in 1793 and on 4 November 1797, Zweibrücken became a canton centre in department of Mont Tonnerre. At the Peace of Lunéville in 1801, the French annexation of Zweibrücken was confirmed; on its reunion with Germany in 1814 the greater part of the territory was given to Bavaria, the remainder to Oldenburg and Kingdom of Prussia.[3] The town of Zweibrücken became part of the Palatine region of the Kingdom of Bavaria.

At the ducal printing office at Zweibrücken the fine series of the classical editions known as the Bipontine Editions was published (1779 sqq.).[3]

The last prominent social event before the First World War was the inauguration of the Rosengarten (rose garden) by Princess Hildegard of Bavaria in June 1914. As a consequence of the First World War, Zweibrücken was occupied by French troops between 1918 and 1930. In the course of the Kristallnacht in 1938, Zweibrücken's synagogue was destroyed. On the outbreak of the Second World War the town was evacuated in 1939–1940, as it lay in the ‘Red Zone’ on the fortified Siegfried Line. Shortly before the end of the war, on 14 March 1945, the town was nearly completely destroyed in an air raid by the Royal Canadian Air Force, with the loss of more than 200 lives. On 20 March, American ground troops reached Zweibrücken. The town became part of the new state of Rhineland-Palatinate after the war.

In 1993, the town underwent a major change. With the departure of the Americans, the military area became free, which corresponded altogether to a third of the entire urban area. Unemployment increased to approximately 21%, leading to a decrease in demand in the retail trade of approximately 25%.

The Hochschule Kaiserslautern [1], one of the largest universities in the Rhineland-Palatinate, with more than 6,000 students is also located in Zweibrücken.

The city of Zweibrücken is represented at various cultural events by the Rose Queen, who is elected every two years.

Zweibrücken has one of the largest Rosariums in the World with 45000 Plants and 1500 Species.[5] It consists of 2 gardens with the main garden having a area of 50.000 square meters. The second, smaller garden is accessible without entry fee and is located at the Fasanerie and contains Wild Rose plants. Due to this the city is allowed to have the title of "Rose City".

The Zweibrücken City Museum has a permanent exhibition in the former residence of court gardener Ernst August Bernhard Petri, documenting the eventful history of Zweibrücken. In addition, special exhibitions take place regularly, e.g. on the occasion of the 200th anniversary of the State Stud.

The Bibliotheca Bipontina is a scientific regional library in Zweibrücken, whose holdings mainly go back to rescued parts of the ducal libraries and therefore partly houses very valuable first editions from the 16th century. It is part of the Landesbibliothekszentrum Rheinland-Pfalz (Rhineland-Palatinate State Library Centre) and one of the most important old holdings libraries in the state. The Bibliotheca Bipontina is housed in the building of the Helmholtz-Gymnasium Zweibrücken. The Zweibrücken City Library, which has existed since 1903, is housed in an adjoining building of the town hall and has a stock of around 50,000 volumes. Branches are the youth library and the Rimschweiler branch. 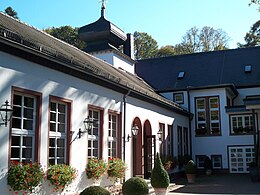 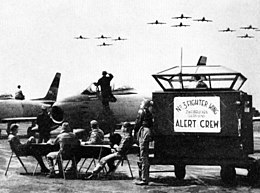 On the outskirts of the town, Zweibrücken Air Base was home during the Cold War to the Royal Canadian Air Force (RCAF) until early 1969, then to the United States Air Forces in Europe (USAFE) from 1969. The RCAF stationed No. 3 Fighter Wing of No.1 Canadian Air Division at Zweibrücken AB. During the years 1953 to 1968, it was the home to the RCAF's 413, 427 and 434 Fighter Squadrons flying F-86 Sabre jets, and 440 Squadron, which flew the CF-100 Canuck, then the CF-104 Starfighter. When the RCAF transferred the wing 100 km (62 mi) southeast to CFB Baden–Soellingen, the USAFE moved onto the base with Phantom RF-4C aircraft, under the 38th Tactical Reconnaissance Squadron of the 26th Tactical Reconnaissance Wing. These were photo-reconnaissance aircraft with missions all over Europe and used in Operation Desert Storm.

The Short C-23 Sherpa, a small prop-driven transport plane, also flew out of the base in the 1980s under the 10th Military Airlift Squadron, a tenant Military Airlift Command unit. The squadron's mission was to deliver high-priority aircraft parts to bases in USAFE to ensure a maximum number of aircraft were combat-ready. Today Zweibrücken Air Base has been transformed into the modern Zweibrücken Airport,[7] an international airport with flights to Palma de Mallorca, Antalya, Gran Canaria, Teneriffe, Rhodos, Heraklion and Fuerteventura (TUIfly), Istanbul (Pegasus Airlines).

On the other side of the town was Kreuzberg Kaserne, home to various units of the United States Army. Only one combat unit was located there: Battery A, 2nd Battalion, 60th Air Defense Artillery, with its Headquarters and Headquarters Battery (HHB) at Ramstein Air Base. The 3d Battalion, 60th ADA was a subordinate unit of the 32nd Army Air Defense Command. Major tenants at Kreuzberg Kaserne were USAISEC-EUR (Information Systems Engineering Command - Europe) and the USA MATCOMEUR (Material Command, Europe), later renamed the US Army Material Management Agency, Europe. During the US military draw down in the 1990s, control of the Air Base was transferred to the Bundeswehr. The base's housing toward the center of the city and Kreuzberg itself were eventually also transferred to the German government by the mid-1990s.

Zweibrücken is situated at the Landau-Rohrbach railway and offsets hourly connections to Saarbrücken.

Climate in this area has mild differences between highs and lows, and there is adequate rainfall year-round. The Köppen Climate Classification subtype for this climate is "Cfb" (Marine West Coast Climate/Oceanic climate).[8]

Zweibrücken is twinned with:[10]